Play has accepted the offer of Iliad Group

Play accepted Iliad Group’s offer to acquire 100% of its shares. As part of the takeover bid, the French group signed a binding agreement with the two main shareholders of PCSA to acquire a 40.2% controlling stake.

The offer is worth nearly 3.5 billion euros

One of the four major mobile operators in Poland announced an offer to take over 100% of Play Communications S.A. shares by the French iliad Group. At the end of September 2020. The Management Board of PCSA accepted the price proposed by Iliad, and the agreement itself now requires only the approval of the European Commission. The French group offered 39 PLN for each Play share. Therefore, the total cost of the acquisition is estimated at over 3.5 billion euros. The transaction will be settled on 25 November 2020.

Iliad is an international telecommunications operator operating on the territory of France and Italy, employing 11 thousand people. The total number of its customers is about 26 million.  According to the operator’s announcements, the acquisition of Play in Poland will make it the sixth largest operator in Europe, serving a total of 41 million customers in France, Poland and Italy, of which 23% of the revenue is to come from Poland.

According to the board of PCSA, Play and Iliad have a lot in common. Both companies entered the market at a time when there were already other big players in the market, but thanks to effective strategies both companies managed to become market leaders. ,,Play and Iliad share similar values. Both companies share values such as entrepreneurship and passion for action, while pursuing a “can do” approach to achieving their goals”. – says Play’s board of directors.

,,Taking into account all the similarities and benefits mentioned above, the Management Board of Play has a positive attitude towards the offer made by iliad. We see many exciting challenges on the Polish market, such as: development of 5G technology, implementation of a broadband network offer, development of cloud services and proposing a new approach to television. We are looking forward to taking up these challenges with our new future shareholder” – said Jean-Marc Harion, CEO of Play.

Security is a key factor in implementing cloud solutions

Google Cloud Warsaw starts with many benefits for Polish entrepreneurs

The pandemic does not discourage investment 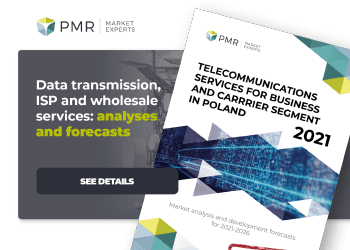