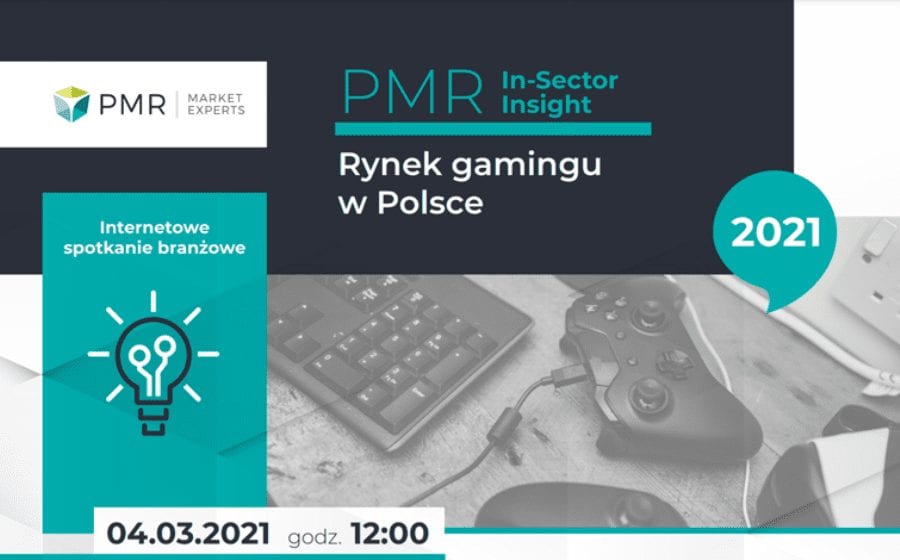 On 4 March this year, PMR In-Sector Insight will be held to discuss the gaming market in Poland. During the meeting, we will discuss the most important issues related to the monetisation of video games on the Polish market and the level of spending on games. We will present the most important consumer trends and answer questions about the future of new solutions for access to online games, such as subscriptions and cloud gaming technology.

The multidimensional nature of the gaming market in Poland

The video games market in Poland is multidimensional, hence it can be analysed and valued in various ways. The main areas subject to quantification are total spending on video games by Poles, the value and capitalisation of Polish GameDev and the value of the Polish e-sports industry. Due to the fact that the Polish video game industry focuses practically 100% on exporting its own productions, the key quantifier of the Polish market as such is the level of budgets and expenditures of Polish players on the purchase of video games.

Number of players and monetisation of games

The number of gamers in Poland is on a steady upward trend, which is certainly boosted by the growing offer of video games on various platforms (PCs, consoles, mobile games), high broadband internet penetration in the country, diversification of distribution channels and the growing importance of the digital channel as well as society becoming wealthier. From the point of view of market value, however, what is important is the pool of players paying for games. PMR estimates that console gamers are the most willing to pay for games, while those playing mobile games are the least willing to pay. On the other hand, in terms of the value of the Polish games market measured by Poles’ spending on games, the mobile games segment is increasingly gaining in importance. This is due to a trend whereby Poles are increasingly willing to pay for add-ons in mobile games, which are the main source of revenue for the producers of this type of games. Mobile games also benefit from the fact that anyone with access to a smartphone and mobile internet can be a potential player.

Polish gamers are increasingly beginning to diversify the platforms on which they play games, while at the same time deciding to purchase paid productions. So far the image of the PC gamer has been firmly established on the market. In recent years, however, console platforms have been gaining in importance as a full alternative to premium games. One of the factors which has helped consoles to increase their popularity as gaming platforms in recent times has been the dynamic growth in the price of PC games. In addition, more and more Poles are reaching for mobile games, which are however intended for less demanding players.

“Netflix for gaming”: will subscription dominate the game payment market?

Access to favourite game titles through the digital distribution channel is becoming increasingly important for Poles. At the same time some players are choosing to purchase games online in the subscription model. At the moment this trend is not very clear, but in the industry there are many opinions that in the long term it has a good chance of dominating the market for payment for games, supporting the model of purchasing single titles. On the other hand, video game subscription has its limitations and it appears that the success of the subscription model in the music or video industry cannot be directly translated to it.

Cloud gaming: a pipe dream or the future of video games?

Currently, Steam and the Xbox Live or PlayStation Network platforms rule the digital game distribution channel. In connection with the development of cloud technology, the potential for cloud games to enter the segment of premium games for consoles and PCs is increasingly recognised globally. The cloud gaming initiative is being taken up by, among others, Microsoft (Xbox Game Pass Ultimate) and Google. In this context, the question arises as to how cloud gaming will be received on the Polish gaming market? Taking into account the fact that on a global scale the technology is only starting to develop and Polish players adapt to new technologies with a delay in relation to global players, we should certainly not expect a sudden revolution on the market in this respect. It should also be noted that the cloud gaming service is dedicated mainly to demanding players, the so-called heavy users, who constitute a minority of the total pool of players in Poland.