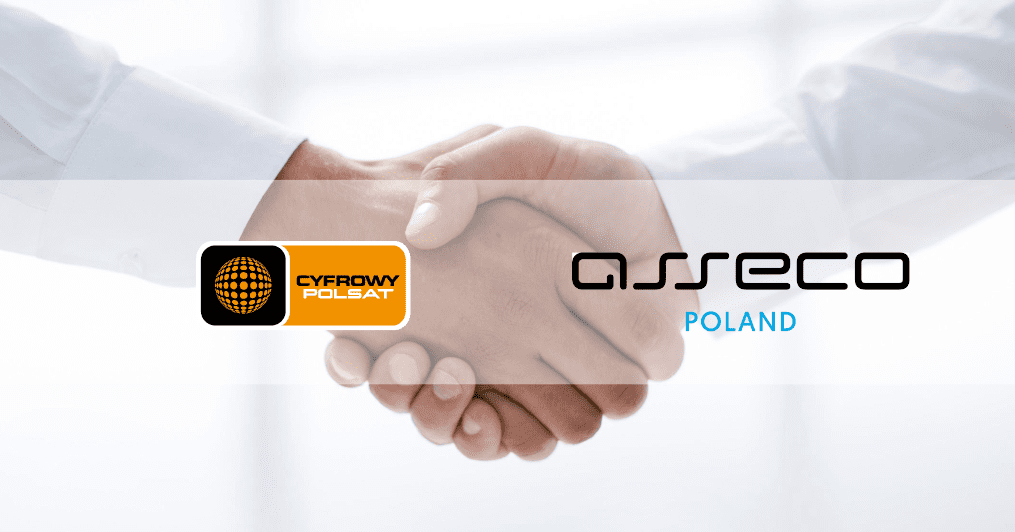 Cyfrowy Polsat Group purchased a minority stake in Asseco Poland. This event is certainly one of the most important in the Polish ICT industry in 2019, and certainly the least expected.

The offer worth over PLN 1.1 bn was successfully completed

Cyfrowy Polsat informed that its tender offer to acquire shares in Asseco Poland, announced on 18 December 2019, was successful. On 27 December 2019, it was decided to purchase a total of 18,178,386 shares in Asseco, representing 21.9% of the share capital of Asseco and entitling to 21.9% of total votes at the company’s General Meeting of Shareholders. As the price per share under the tender offer was set at PLN 65, the total transaction value exceeded PLN 1.18 billion. Nearly 99% of shares in Cyfrowy Polsat were bought directly by Reddev Investments Limited, an entity controlled by Mr. Zygmunt Solorz. The official transfer of ownership and settlement of the transaction took place on 30 December 2019.

This is not hostile takeover

It is worth noting that the transaction is not a hostile takeover. It was agreed with Asseco Poland from the beginning. When the tender offer was announced, Adam Góral, one of the major shareholders and CEO of Asseco Poland, asked them to respond positively to Cyfrowy Polsat’s offer to buy shares in Asseco Poland.

“The last days of this year turned out to be very exciting. The Management Board of Cyfrowy Polsat has asked us to start negotiations on enhancing cooperation on development and maintenance of IT systems for individual companies within the Group. Asseco Poland has at its disposal both the products and the substantial potential that could lead the Cyfrowy Polsat Group to the best IT solutions; therefore, we accepted this proposal with great satisfaction”. – wrote Adam Góral in a letter published on the Asseco Poland website.

As we predicted, the call was ultimately successful. Here is a discussion of analysts, most of whom were surprised by the CPS Group’s decision.

Seeking synergy for both sides

Cyfrowy Polsat and Asseco Poland are not planning a merger and are to continue to operate autonomously, but their common potential will enable them to create an offer of advanced telecommunications and IT services. For Cyfrowy Polsat Group, Asseco will be the main technological partner supporting the development and maintenance of IT systems. PMR assesses the entire transaction positively.

In our opinion, Cyfrowy Polsat is thus aggregating the competences needed in the long term in the context of, for example, implementations and projects on the B2B market using the 5G network. Asseco is a very recognizable brand, also when it comes to the public segment. Moreover, even the internal IT needs of Cyfrowy Polsat justify looking for a strategic technological partner (IT services, development of software and proprietary systems), which Asseco certainly is.

It should be emphasized that Cyfrowy Polsat is very active in the M&A area and is progressing pragmatically combining cost synergies with the possibility of product portfolio development. Not so long ago, Cyfrowy Polsat invested in Netia, indicating profits in two areas. Firstly, it was an opportunity for business development based on new product markets, but also the prospect of increasing coverage in geographical areas so far poorly penetrated by the operator (agglomerations, large cities, business customers in fixed-line services). Secondly, the operational advantage in the form of Netia’s wide area backbone network, which can be used to send signals to CPS towers and masts (which is of particular importance when implementing 5G technology).

Cyfrowy Polsat, with its infrastructure and network resources, as well as market position and recognizable brand, is a serious partner for Asseco Poland. It is no longer even a matter of carrying out orders for the CPS Group, but of joint development of services in the areas of interconnection of telecommunications and IT. The commercialization of 5G networks can serve as an example – smart cities, 4.0 industry, cyber security or big data are just a few examples of areas where one can look for benefits from partnership with a large mobile operator.

By the way, Asseco was one of the subcontractors at the end of an unfinished settlement of the CPS Group’s contact with Huawei. It is not impossible that this experience accelerated the announcement of the tender offer for Asseco Poland shares. However, the investment is certainly much more strategic.

Market leaders with revenues of PLN 9.5 billion each

Asseco Poland is specialized in production and development of software. The company has been listed on the Warsaw Stock Exchange since 1998. It is the largest provider of IT services, integrator and producer of custom software with Polish capital and the largest such provider in the Central European region. Asseco is also the sixth largest software vendor in Europe. The Group’s own solutions account for over half of its revenues. Before the transaction Adam Góral owned 9.74% of Asseco Poland. Aviva OFE Santander 14.97%, OFE PZU 5.16%, and NN OFE 5.03%. The remaining shareholders controlled 65.11% of shares in the Rzeszów-based company, of which Cyfrowy Polsat – 1.055%.

PMR forecasts A.D. 2020 for the telecommunications market in Poland

Who will win the duel on the VOD market in Poland?

Convergence of services – “must have” also in the UPC offer

Will Hawe Telekom be under the control of the state?