Cyfrowy Polsat Group has published on its official website the statistics of internet data consumption in 2020 by Plus and Cyfrowy Polsat customers. This is the second consecutive year in which more than one billion gigabytes of data were transmitted. As the operator itself admits, the development of 5G technology had a huge impact on the increase in traffic.

Cyfrowy Polsat Group boasted a rather interesting piece of information which shows that customers of Plus and Cyfrowy Polsat sent a total of 1518 petabytes of data in 2020. Comparing these statistics with the previous year, network traffic increased by more than a third (36%). As the operator itself admits, this is the best result in the history of the group, which was influenced among others by the development of the 5G technology. 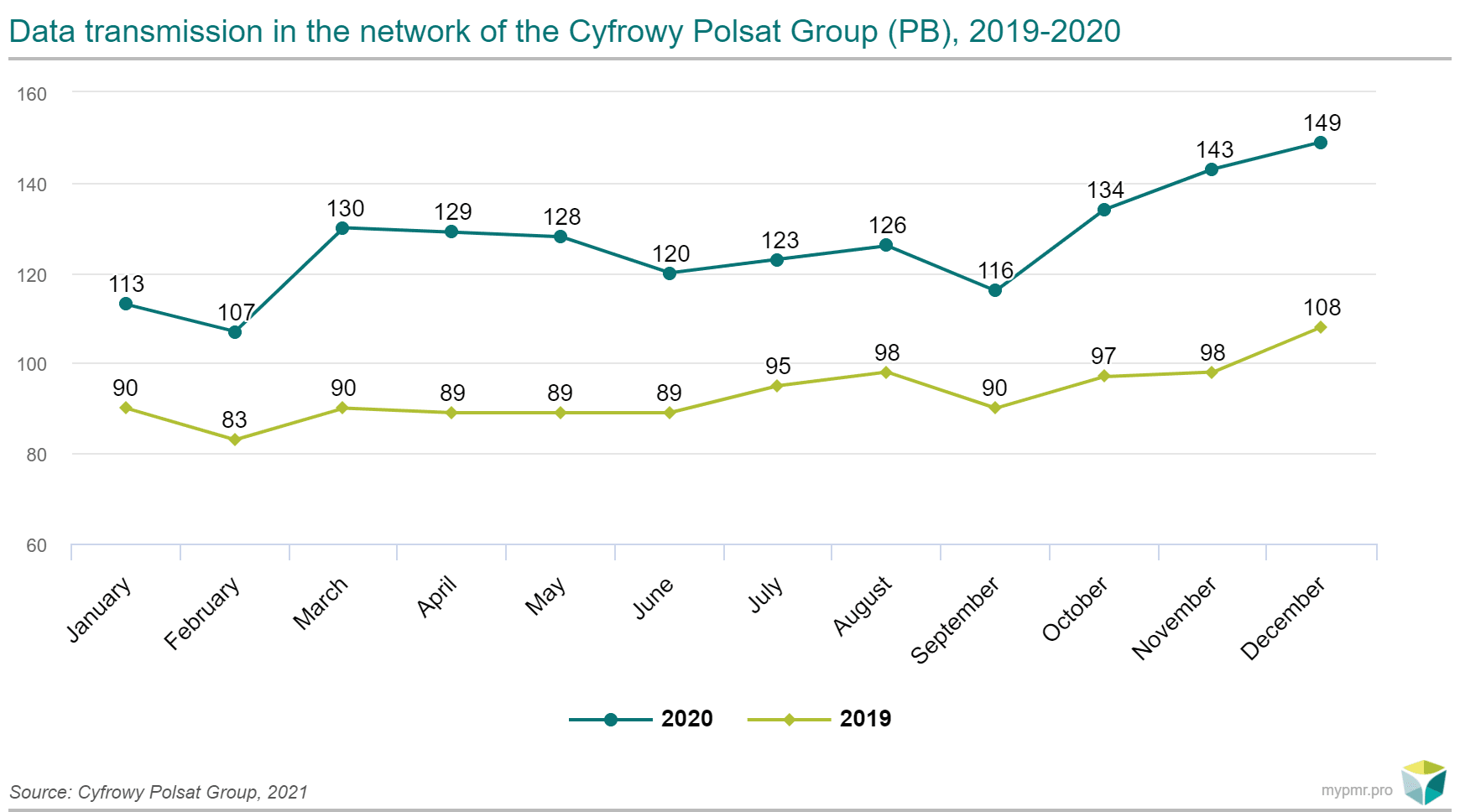 Compared to 2019, the increase in data usage began at the very beginning of 2020. However, it was from March to June that the number of data transferred increased by more than 45% for the first time, which is closely related to the restrictions imposed as a result of the COVID-19 pandemic. During the holiday season, the growth rate remained relatively high at around 30%. Traffic was at its busiest in the last quarter of last year, with November being the month with the fastest year-over-year growth (up 46% year-over-year).

Considering the past year, Plus is the first telecom operator in Poland to launch a 5G network on 2.6 GHz TDD frequencies in early May 2020. The past year for Plus was also closely linked to investments in further modernization of telecommunications infrastructure. Currently, Plus’ 5G network is the fastest network in Poland with a maximum technological speed of up to 600 Mb/s. Thanks to the launch of subsequent transmitters, it can already be used in all 16 voivodeships, and over 7 million people in Poland are within its range. According to the operator’s plans, by 2021 the Plus 5G network will cover a total of over 11 million people.